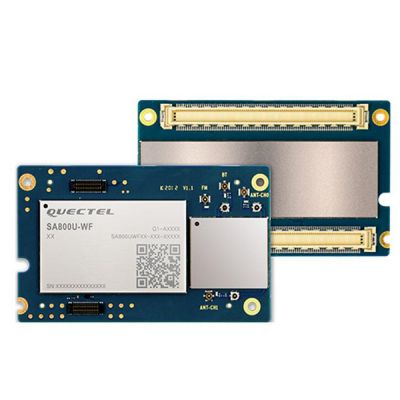 New generation of Smart module with built-in Android 9.0*/10.0* OS. ideal for both industrial and consumer applications

All orders shipped with Express.

Always free shipping for orders over US $1000

All orders are shipped with Tracking Number.

Items returned within 14 days of their original shipment date in same as new condition will be eligible for a full refund or store credit.

Refunds will be charged back to the original form of payment used for purchase.

Customer is responsible for shipping charges when making returns and shipping/handling fees of original purchase is non-refundable.

All sale items are final purchases.

Give us a shout if you have any other questions and/or concerns.

Quick Charge 4.0. Featuring high performance and various multimedia functions, it is ideal for both industrial and consumer applications requiring high data-rate and multimedia functions. SA800U-WF supports 2 × 2 Wi-Fi MIMO. The use of multiple antennas at the receiver end at the same time and on the same

A rich set of interfaces (such as LCM, Camera, Touch Panel, I2S, PCIe, UART, USB, I2C, SPI, etc.) extend the applicability of the

● Supports 2 USB 3.1, one of which supports Type-C with DisplayPort

Write Your Own Review

Free shipping on all US order or order above $200

Simply return it within 30 days for an exchange.

We ensure secure payment with PEV